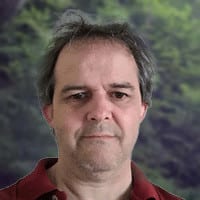 In times of world crises we see the importance of understanding Economics. According to Marco Trentini from the University of Bologna, Italy, if we want to understand Economics it is of crucial importance to look at it in a different way. Marco’s area of study is in Economic Sociology. Economic sociology is a field inside sociology, which analyses the economic phenomena according to sociological perspectives.

Marco: I am Marco Trentini, an Italian sociologist, and I work at the department of education, University of Bologna.

Nerina: What is the book about?

Nerina: What is the difference between economic sociology and economics?

Marco: The difference is the approach you use to study economics. In the beginning economics and sociology are not very distinctive; they’ve become distinctive during the last century. Since the end of 19th century economists used a particular language to describe economics in the economic phenomena and the language was math – they used a lot of modelling and so on. Economic sociology used a different approach, and not necessarily based on math and modelling. So economic sociologists can use quantitative data in a different way. What I mean is that when you use formal modelling, you have to simplify the reality but of course you cannot describe the exact reality. You have to choose some variables to include in the model and put out some other variable. Of course economists know that the model simplifies their reality and think that the model is able to grasp their reality.

Economic sociology uses a completely different perspective because some variables that in economic analysis are out are included in the analysis. It is rather common especially after new economic sociology in an approach introduced mainly in the USA starting from the 70s of the last century. It is quite common in economic sociology to use the concept of embeddedness. Does it mean that economic action happens in a social context? If you have to grasp and understand how economy works, you have to analyse also the social context. I don’t think that there’s just one perspective to look at society. I think a good point of sociology is to think of sociology as not a paradigm, it has plenty of perspectives. This gives a wider perspective, you have a different perspective to look at the phenomena, maybe you don’t have a strong theory but it’s not a weak point because sometimes strong theory constrains your perspective or your way to understand phenomena.

Marco: Economics affects our reality because usually economics is used to develop political economies. We have seen in the last era the great debate on how to respond to an economic crisis: austerity or no austerity. This debate is based on theory, but some of these theories are not totally right. I mean if you look at austerity, the politics of austerity is not based on good understanding of economics.

Nerina: Do you think that we need the different perspectives in order to understand our society more?

Marco: If you want to understand economics I think it’s useful to have a different perspective. The recent events show that just one perspective does not help. If you look at for instance education, of course I am interested in education. It’s quite common to think of education as sort of a human capital investment. What does it mean? You pay in order to get a return, and the return of education is in income. I don’t think it’s a good perspective to look at education because I can say in my case for instance, my return is a total failure because I have studied, I have a degree, a PhD and so on, and my return is good, but not as good as it should be after all the time I have spent studying. Anyway I don’t feel my investment in education was a failure, but if you just look at the economic return it’s a sort of failure. I didn’t maximize.

Nerina: And why didn’t you maximize it?

Marco: I prefer to be a researcher, as it doesn’t matter how much my income is.

Nerina: Tell me, what do you like doing when you’re not working on research?

Marco: I do different things; sociology is not all my work. I read the news, I listen to jazz, and I watch sports – football.

Nerina: What makes music so special for you?

Marco: Music is important to me because it fills the silence, and I think it’s something that gives meaning to life to some extent. It gives you emotion, expresses sentiments, and so it’s really important.