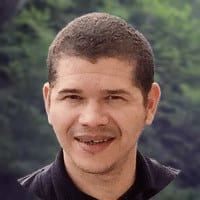 What NGOs can do. A story between Brazil and Sweden

Modern age brought with it innovations into every aspect of our lives. We use technology to connect, to learn, and of course, to help other people. The problem is, we usually ask the people who help, not the people who receive help, just what is needed. Wenderson De Lima, from the Stockholm business school, wants to understand the real needs of ordinary people. His aim is to create spaces in which the people who are being “helped,” can feel they are able to talk openly about their problems.

Wenderson: My name is Wenderson de Lima. I am a doctoral researcher at the business school in Stockholm.

Nerina: What is the topic of your dissertation?

Nerina: What are the most relevant questions you would like to address?

Nerina: What is peculiar about this sector?

Wenderson: In our markets, I mean in the societies where the markets is the main provider as consumer you have a vote and you have a voice. Every time you buy a product you have your vote and your voice heard when you purchase that product and many are dealing with that people receiving humanitarian innovations. You know, that we relation between consumer and a business it’s kind of fragmented by people who fund those products having in mind that many of the consumers cannot really out of their pockets pay for those products then you have a part actually paying for those products. And then this is a relationship that is more complicated than actually consumer and then business relation.

Nerina: What do you think we should change in this relationship?

Wenderson: I think it’s easier said than done but I think that we should… I mean when I say we I talk about the people who are coming from this part of the world we should question our taking for granted assumptions about what people need. You should try to create new links to try to understand the people you’re trying to help. I think that we should give a lot more attention to what’s going on in local context because there’s a big risk that we are losing that. We are losing the connection to what people on the ground in the local context are really trying to do with their lives.

Nerina: How can we do it?

Wenderson: I think first of all is that we could create spaces where people that are being “helped” they can feel they can openly talk about what they need. Because if you do not create that space where people can actually tell you what they want, what they need then you from the beginning you may create a product that is useless for them. I in the quality of an ex-slum dweller I understand how difficult it may feel to actually openly talk about your needs to people coming from outside and that is a big, big obstacle to helping people because people like me who live in these areas favelas usually tend to assume that no one will ever understand us so, therefore, you kind of do not share much of your reality to people who do not face the same problems. So that’s also a big issue.

Now I’m generalizing but a lot of people face the problem of not feeling safe to tell what they want, they do not feel not only hurt but they feel like I will tell what but who is going to care about that. That’s something I think is a consequence of a structural discrimination of the people living in these areas.

Nerina: What should we pay more attention to, in your opinion?

Wenderson: I think what we should pay attention to is what exactly people in these areas, people living in areas where poverty is extreme what they say about their own solutions, what is that they want. Because I mean it’s not new. In the aid industry everybody knows that because these people they do not finance their own products, they tend to lose voice when NGOs design the help they give for people in that situation. I think the biggest challenge is actually getting access to the stories of the people who are to some extent receiving help in these countries, in developing countries. You have to be able to see your attempt to help other people as a learning process, not as a one size fits all, but also we should be careful to not exaggerate the ability of innovations to help people because there are a lot of political issues that have to be addressed as well. We should not forget why people are in need, we should not actually forget about the political aspects of each and every problem we are trying to address and they are all around them. You see that with the refugees now, all kinds of slum people, living in the slums as well. I mean how are we supposed to address these issues without touching upon political issues?

Nerina: How was your personal experience? What do you remember from your childhood?

Wenderson: I think that what I saw during my time as a child  I don’t know if you remember what was going in the 80’s and 90’s in Brazil. The 80’s probably here in Europe you’ve seen in the news how Brazilian kids living in the streets were being shot by death squads and so on. We had those types of problems going on in Brazil and for me we had a single but big NGO around close to where I lived, close to the favela where I lived and I remember that one of the biggest things during that time was the notion of our cultural identity. It was very important to be exotic Brazilian at the time. I mean I am very thankful because the NGO was the reason why I was fed, I could find food for a while. The NGO does not exist anymore but I remember that my brothers and I went to their office many times because they had courses about Brazilian music, all of that afro Brazilian identity and it was the only agenda at the moment. I remember that I had both me and my brothers we had loads of fun playing Brazilian instruments, playing Brazilian music but at the end of the day we were there because of the food they served. It wasn’t really because of the so called the Brazilian award of the Afro-Brazilian identity. I understand that it may sound a little bit provocative for many people who think that they have the right to be authentic and so on but I always saw that as something secondary. You have your basic needs. When you live in poverty you pay attention to your basic needs more than your identity. You think of your identity when you… I mean in the state I am now I have food in the fridge so now I have the time and resources to think about my Afro-Brazilian identity.

Nerina: How did you get away from a slum in Brazil to a university in Sweden?

Wenderson: That’s a big question and the first thing is that I received help as I say for a long time. It wasn’t something I received once and then I have built a huge empire of wealth around it and that’s what I am trying to. I usually tell people that I received help from the Catholic church specifically from a nun in the Catholic church close to where I lived. She was well educated and she helped me a lot with school and stuff and that help was absolutely crucial. I can tell you I devote a lot of what I have done so far to the people who helped me. Not only because they helped me but because they gave me a voice and that’s something not a lot of people did.

Nerina: What is the society you dream of?

Wenderson: I think that equality should be on the table all the time when we talk about the way a society should look like and I still did not know where to look when I talk about the equality. I actually hope that there will be more and more collective thinking. Thank you.