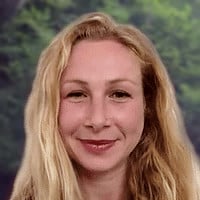 Do we all have the same opportunities? And if we don’t, what should we do about it? Do we have the right perception of equality? How can we change the social landscape and decrease inequality? Is it possible to create equal income distribution? Alice Krozer from the University of Cambridge decided to seek out the answers to these questions during her research on inequality.

Alice: My name is Alice Krozer. I’m a Ph.D. candidate at the University of Cambridge in the UK. I’m currently at Stanford University for some months researching the topic of economic inequality.

Nerina: How did this topic get your attention?

Alice: I’ve been interested in inequality since I started researching, I suppose. I did my master’s in development studies then went to Latin America for research and a study period. I think that because the region is so unequal, it became a lot more obvious that that was the topic that I was going to research for my actual investigation.

Nerina: And now you are studying Mexico?

Alice: Well Mexico is one of the countries with extremely high inequality, so it’s a very good context to study if you want to know something about inequality.

I have been investigating the poor groups in society for some time, and I think that it’s very important and worthwhile. I also think that rich groups are equally important to study inequality. If we want to understand the patterns of inequality, it’s not enough to study poverty; we also have to study extreme wealth. Especially considering that power relations are not equal throughout society, and there is a chance that this very small rich group actually has significantly more power to change patterns. So if we understand the way very extreme wealth works, in the same way as we understand something about extreme poverty, we might be closer to discovering how to deal with inequality.

Nerina: You wrote a paper; “How Much is Too Much? The Inequality We Want.” Could you please tell me a little bit about it?

The second thing we find relatedly is that the middle shares of the upper middle class is 50% to 95% of the income distribution. They hold a fairly constant share across countries and that is roughly 55% or 60% of total income. This has very strong implications because it means that relatively speaking, this is not absolute inequality, it is relative inequality. Relatively speaking, the middle groups have about the same share of total income throughout the world in every country, roughly. However, the very large differences in inequality across countries stem from the different share that the very rich, about 5% of the income distribution, hold. So in some countries, that share is about the same as the bottom 40%; in some countries, it’s more, and in some countries, it’s a little bit less, but not much less.

Nerina: When we speak about wealth inequality, how is the situation?

Alice: Wealth inequality in the world is a lot more unequal, it’s a lot worse than income inequality in all countries. Even countries that are fairly equal in income terms are very unequal in wealth terms, like Sweden for example. There have been studies recently by Oxfam and I’ve participated in some of them, that show that the top 1,000 people in terms of wealth in the world own as much wealth as the bottom half. Wealth inequality is a lot larger than income inequality.

Nerina: Do we perpetuate inequality?

Alice: Yes we do. There is a very strong inheritance of inequality which has something to do with the fact that there is not so much social mobility as we sometimes like to think there is, in actually most countries of the world. It is a little bit easier in some countries than in others. Interestingly, those countries that put social mobility very high up on their agenda,  are usually more unequal or currently more unequal and that is, for example, the US. So there is this curve that’s called the Great Gatsby Curve where a very good scholar put some countries listed or lined up according to their social mobility and he says that; if you want to live in a country with equality for opportunity, you have to go to Denmark or Scandinavia rather than to the US.

Nerina: Do we have the right perception of inequality?

Alice: I think very often, we don’t and that depends. There is some overestimation of inequality in some context but there’s actually a lot of underestimation in different contexts, which is something that my work addresses with the measurement of inequality. That very often, if we don’t actually know what the actual level of inequality is, we might feel that it is unequal, but we don’t know how very unequal income is actually ours. So we have some companies for example where CEOs earn 4 to 600 times the average salary of their workers. That’s a very, very big disparity and most people are not aware that the disparities are so big.

Nerina: Why should everybody care about inequality?

Alice: Inequality affects everybody in the sense that it’s something very good to care about because there are very strong, negative effects in highly-segregated societies.

There has been a lot of research on how inequality can be helping our incentives or motivating people, but actually many people are not motivated by competition or punishment. They are actually motivated by having others around them being good as well and that does not happen in a very unequal society.

The consequences in terms of health, educational differences, social exclusion, and economic stagnation are very large. And not only for the poor or the middle classes that might lose out, but also for the rich. There have been studies that show very precisely that the stress level for rich and poor people is higher in highly-segregated societies than in more equal societies.

The effects range from very large migration patterns for example which we can witness in Europe currently, and have been witnessing for a long time in Latin America and countries where people want to come to Australia; Malaysia for example, and many other places in the world. So migration patterns are very important as they can be addressed through a decrease in inequality.

Nerina: What should we do in order to reduce inequality?

Alice: I think if we are aware that inequalities exist, are harmful and it is socially and individually desirable to live in more equal societies; then we can start thinking about what should be done about it in more technical terms. There are a couple of things that are known to be fostering more inequality, and we can look at countries where income distribution is more equal, thus use them as an example for policies, for example.

Social policies – policies of social inclusion are important. Universal and unconditional policies like public free education and health care are incredibly important to equalize starting points for everybody so that’s more about equality for opportunity. If we want to have less income inequality we have to address the income distribution, so, for example, minimum salaries play a huge role there.

Depending a little bit on the different aspects of inequality that we want to address, there are different policies that we can use. Everybody should support these kinds of policies if they want to live in a more equal world.

Alice: The idea that I can help improve circumstances for somebody. I would like to improve the well-being of people that are disadvantaged, disenfranchised, or whose voice is heard less. In a world where some people have a lot of power and other people have very little power to voice their interest, I feel it is a social obligation for the position of the privileged to help those that don’t have that.

Nerina: What is the most important lesson you have learned from your research?

Alice: Humility and understanding are good lessons. Currently, I am investigating the elite so I’ve become very humble about assuming things about other people that I don’t actually know. Mostly, there are reasons why people act a specific way, and trying to understand what these reasons are, is more helpful than judging beforehand. So that is an important lesson, for example.

Nerina: Do you have a dream or a wish for the future?

Alice: That we would take better care of our environment and each other.

Nerina: Thank you very much, Alice.

#followup with Alice Krozer | How do Mexican elites think about inequality?

Alice Krozer tells us about her work on the perceptions of inequality among Mexican elites. Have a watch!