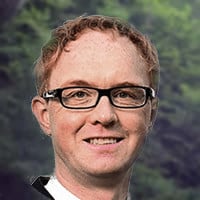 Is our picture of the Middle Ages correct? Was it all about knights in shining armour? Was it the time of kings and heroes or was it the most brutal period in human history? Martin Clauss discusses why our understanding of the Middle Ages is a modern construction, what our society will look like to our ancestors, and why we need history.

Martin: My name is Martin Clauss. I am a professor of Medieval History at the University of Chemnitz, in Saxony, in Germany.

Nerina: And what are your main research topics?

Martin: The middle ages are a period full of warfare. There’s basically in each year, in every country there’s war and so you would have to study war and warfare to understand the medieval period as a whole and this is why it is important for me as a medievalist and then I think it is an important topic for the public. I mean, we have a certain image about the Middle Ages and warfare is always part of this image. We all have a picture of knights in our heads with shining armor, fighting brave battles and I think as a professional medievalist this is my duty to say something against this picture and to correct it to some extent and to make clear that war in the Middle Ages as every war is a brutal and bloody thing in the first place and there’s nothing to do with heroism but with manslaughter and a lot of suffering.

Nerina: What kind of sources do you use?

Martin: The interesting thing is that studying warfare and war you can basically use all kind of source material. War is a topic in basically everything we have from the Middle Ages. You have written source like historiography, chronicles talking about war all the time. Then you have what we call medieval literature like the big romances and everything, there’s war all over the place. Then you have pictures, you have legislation, you have laws of war, laws of warfare. Then you have archeological remains – castles, city walls and everything.  So it’s a very wide range of topics. I am specializing on historiography, so people who write history in the Middle Ages and the way they talk about war, the way they use language to describe or better to narrate war in the Middle Ages.

Nerina: You wrote that war is a matter of perspective. Could you tell me more about it?

Martin: Yeah, that’s a very interesting thing. One big research topic I made a couple of years ago is about defeat, about the question how defeat is seen and judged in medieval historiography and here we can see very clearly that it is always a matter of perspective. I mean, the losing side and the winning side, they tell totally different stories about war. It is a bit the same as we can see today. I mean if you look at contemporary warfare, the Americans have a different perspective on their war in Afghanistan or Iraq than the Iraqi people have and this is pretty much the same in the Middle Ages.

Nerina: How did the normal person experience war?

Martin: This is a question we would like to know more about but for the middle ages we don’t know much about that. That’s one thing we have to admit. Contemporary history: First World War, Second World War and so on, we have a lot of sources about the normal man, like the average people writing diaries, or something, or writing letters. We don’t have these things for the middle ages. In the Middle Ages the sources are very much concentrated on the higher end of society: kings, queens, noble men, and so, to find out how the normal citizen, for example, experienced warfare, is very, very difficult. We can only make some assumptions, we can look at the descriptions, we can see the extent of destruction, of the devastation and we can conclude that the people suffered a lot, but it’s very difficult to pinpoint it exactly.

We obviously have to take it into account that the story is the one thing and the real history, the real war is another thing. Sometimes, very rarely, we get a glimpse of the real war when there are people complaining about the cold, the suffering, the hunger. For example, there’s one poem in there soldier described that they have always been hungry on the campaign because there was not enough food, and it was terribly cold under the armor and it was raining. So sometimes, we get this kind of real picture of warfare but normally we have this disconnection. The people who waged war see it as a privilege and this is why they write about heroism.

And this is only true for a very small proportion of the people actually fighting because in medieval war there were peasants fighting as well but nobody writes about them, they don’t have a voice basically, so they just kind of disappear in the chronicles.  And the chronicles focus only on the heroes, on the bright side of war if you want to say that.

Nerina: Why do we have this connection between war and hero?

Martin: Yeah, in the Middle Ages we can clearly see that there’s connection between the stories that are told about war and heroes. So, it’s the story that makes the hero and this is why…Why is that? The stories are written for the aristocracy and the aristocracy is in power, aristocracy has its social function is to protect the people, to protect the people by waging war. This is the ideal of the middle ages. And so, being able to fight in war is a presumption to be part of the aristocracy, to be part of the leading class. And the other explanation is perhaps in terms of gender that it’s in the ancient times and the middle ages as well, that there’s a connection between manhood and warfare and violence. So, the real man is able to execute violence in war and this makes him a great hero and so these two come to the end that there’s a strong connection between warfare and heroism and in some parts of society war is the only way to be a hero.

You can, for example, this is a very recent research topic, we look at the connection between kingship and war and here we got the impression that when a man becomes king, so he’s a young king so to speak, then the tendency that he wages war is higher because he has to prove himself as king, obviously by waging war. So let’s say he becomes king and then he goes on a campaign two or three times and then he proves himself as a warrior king and then he can stop doing that. So when he’s older, an older king then he doesn’t go to warfare that much.

Nerina: What kind of lesson did you learn from your research?

So this is the first lesson for me as a medievalist, this is an important thing. But on a broader scale, I’d say thinking about warfare in terms of heroism is not only a medieval phenomenon. I mean we see it today. If you look at modern movies about modern warfare, you always got this hero plot. It’s like, you know, the one brave soldier ignoring the command and then fighting bravely against the laws. And I think this can be quite dangerous if you think about war only in terms of heroism. You should take the broader picture and you should try to understand how these narratives about heroism, how they work.

Nerina: And Martin what do you think that a historian, let’s say in 500 years, will think about us?

Martin: Yeah, this is an interesting mind experiment and obviously I do that a lot with my students; to tell them you know when we look at what we produce as sources for example. If you sit in a seminar and we write our notes and then somebody finds these notes in 500 years or 3,000 years’ time what will he think or she thinks about this seminar. When our society is going to be looked at in the future I think they will be the impression that it is a very complex and to some extent very irrational society and I think historians will consider our time as very individualistic. So people tend to look at their own lives, the lives of their families and they stopped caring about the bigger picture to some extent. So it’s a society based on individualism and it’s a…how to say that… it’s a dissatisfied society.

Martin: Well, first of all, a society where men and women are treated equally. This is some – I have two daughters myself and so I got the impression that we still live in a society where the gender gap is very, very big, much bigger than it should be. And when I look around, for example, the Germans University system it’s totally male dominated, there are very, very few women. Well, on the other hand, I would like a society where the respect for nature and the respect for the environment is something like you don’t have to argue about. It should be like everybody should think about that like automatically. So these are the two things that in my dream society would be different.

Nerina: Why do we need history?

Martin: So I think you have to look into history to understand how society is working and to understand that some things that people think as granted you know it’s like old they are not as old as people think and if you look back in history a bit further you’ll find totally different setting and that makes understand that the times we’re living and this is not like world it can’t be changed. There can be changes all the time and this is why history is important and it’s good fun of course. I really enjoy doing it.

Nerina: Thank you so much, Martin.

Martin: Thank you very much. That was a great pleasure.