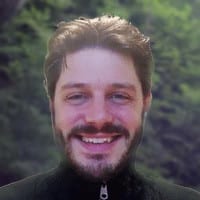 Tuberculosis is a slow killer, and a hugely neglected disease. The programmes we currently have are not sufficient to stop TB. So, what are we doing wrong?
Paul Mason shares his vision of how we should address tuberculosis, and what approach we need to take in order to cure it.

Paul: Hi, my name is Paul Mason. I am medical anthropologist based in Sydney, Australia. I work for the Woolcock Institute for medical research and also the Center for Values, Ethics and the Law in Medicine at the University of Sydney.

Nerina: How did you get into this field?

Paul: Okay, so my background is in biomedical science. I actually started off working in neuroscience on the brain and I was doing laboratory research in neuroimaging and then I moved into neurogenetics and then I moved to circadian rhythm research actually. And what I started to realize is that if we want to understand how organisms work, we have to understand them in context. This drew me increasingly towards anthropology because the basic premise of anthropology is to understand matters in context because it is the context that confers meaning. So after my biomedical science degree and after working in a few laboratories doing a honors in psychophysics, I then drifted into anthropology and eventually did a PhD in anthropology because I saw that the social and cultural dimensions of human behavior are so important to understanding how biological and physiological dimensions about being come into life and how they come into being.

Nerina: What has an anthropologist to do with tuberculosis actually?

Paul: As an anthropologist, I spent a year in Vietnam interviewing TB patients. So I interviewed 75 tuberculosis patients, conducted focus group discussions in rural villages in the southernmost province of Vietnam and also performed what is called Participant Observation Research in diagnostic laboratories and district health center. That means I took part in the lives of the people around me, I became involved in the activities of the health center and the diagnostic laboratory and mapped up and documented the activities in order to analyze it from a qualitative perspective.

Nerina: And what picked your interest for tuberculosis?

It’s a very slow killer, so it takes a long time to kill someone which means that it has lots of opportunities to transmit to other people. The most likely scenario to get tuberculosis is sharing a house with someone who has tuberculosis and having a high microbial load in the environment.

Tuberculosis is a hugely neglected disease. There is funding available to conduct tuberculosis research, to fund tuberculosis control and care and prevention program, but it’s not sufficient. And so, as the biggest infectious disease but one that we can actually cure, I felt that this was an area where I could channel my skills and that would pay off, because we do have a cure for this disease. It’s just a matter of making sure that the cure is getting to the patients.

Nerina: What do we do wrong actually when we have a cure but we don’t cure the patients?

Paul: I think actually it comes down to this as an answer. We tend to invest all available life in the cure of tuberculosis in the tablets that we give to patients. So donor agencies around the world and foreign aid organizations work hard to make sure that those pills are offered for free to tuberculosis patients around the world. But what we forget of course with that is the care and support services that need to accompany those pills in order to make sure those patients can fulfill their complete treatment and treatments for tuberculosis are long.

At a minimum, they take six months, at their worst they can take up to five years and so this isn’t a very easy disease to treat. In the sense that it requires a big investment on behalf of the patients who have to access services, who have to find ways of making money when they can’t go to work, finding ways of meeting the ancillary costs of treatment, having proper nutrition, looking after the side effects that the drugs you are taking etc. So there are a lot of peripheral dimensions to treatment that we forget if we focus too much on the pills and don’t think enough about the quality of life and the patient important outcomes.

Nerina: How important is context for tuberculosis?

Nerina: But do we have a problem with resistance?

Paul: We have a very big problem with resistance. So sadly the globally standardized models of treatment that we’ve been using for tuberculosis have been focusing on drugs susceptible tuberculosis. Drug resistant tuberculosis in some locations around the world may, in fact, replace drug susceptible strains of tuberculosis.

Paul: This is a really interesting question because and I think a very superficial answer. Not an inaccurate answer but a superficial answer is it doesn’t affect us. In high-income countries tuberculosis is something that we can get treated, so if we get tuberculosis we go get treated and then we forget about it, which is unlike HIV/AIDS for example. If someone has HIV/AIDS that’s a chronic condition. At the moment we don’t have a way of getting rid of this disease, someone has it for the rest of their life. So this generates advocacy groups around HIV and AIDs, we don’t see the same culture of advocacy around tuberculosis.

So not only is it not happening much in high-income countries, it also is a surmountable problem in high income countries. People in low and middle-income countries don’t have the facilities to create this advocacy groups, don’t have the resources to create a community around this disease and really foster and support each other through what is a very lengthy treatment process. So because it doesn’t happen before eyes because it isn’t problematic for us, I think it’s very easy to forget how challenging this disease can be for people in the developing world.

Nerina: How can we beat this illness?

Paul: To really stop the devastation that tuberculosis is causing on human populations, then we really need to think about the complexity of this disease. We really need to be thinking about a holistic integrative approach that looks at the disease, not in terms of just a pharmaceutical treatment but also in terms of human races, in terms of food security, in terms political mobility behind the disease, economic capacity building, as well as stigma reduction strategies. So, there’s no simple answer to that question but there’s a very exciting answer in the sense of looking at these integrative holistic solutions.

Nerina: You wrote a book for children about tuberculosis. Could you tell me more about it?

Paul: I did, yeah. This is really exciting. I wrote a book about tuberculosis based on my work in Vietnam and the book has got this lovely message about supporting someone who is on treatment: sending them an SMS, sending them a letter, letting them know that you’re thinking about them, supporting their families as well. So it’s a very simple book, it’s got a very simple message and it talks about the diagnosis, the treatment, the symptoms of tuberculosis. What’s been really exciting for me is that I’ve been contacted by people from Tanzania, people from Malaysia, people from Indonesia, from Romania, from so many different countries to do translations themselves. That’s been really fun and almost weekly now I am putting the book into a new translation and making it available for free on the Internet.

Nerina: And what is the most important lesson that you have learned from your research?

Paul: The most important lesson I’ve learned is perseverance. A tuberculosis patient I’ve worked with in 2014. He surmounted incredible challenges to: in the first instance to get a diagnosis, in second instance to complete his treatment. And when I realized how the small tokens of effort that came from me how much they transformed his life that’s when I realized that if we are willing to step outside our box, if we’re willing to really persevere and make those small tokens of effort possible then we can engage in some wonderful acts of reciprocity that build really unlikely friendships and transform lives around the world.

Paul: Well, for one, I dream of a society that is free from the conditions of hostile diseases like tuberculosis that’s free from poverty. I dream of a society where we think about sustainability not just in terms of rhetoric but in terms of the practices that we bring into everyday life. I dream of an integrated society, you know a society that is free from conflict on a mass scale and mistrust. I think it’s really possible to engage in cross-cultural communication in ways that are fruitful and creative and constructive. I want to live in a world that isn’t as destructive as it currently is. I’d really like to live in a world where people learn how to get along and I just don’t know whether we’re quite there yet but we have the skills out there. I just want to make sure that those skills in some sort of way are getting to the greatest number of people possible.

Paul: Well thank you very much, Nerina. I appreciate that.

Last year, we spoke to the medical anthropologist Paul Mason who told up about his research on tuberculosis. On the occasion of the World Tuberculosis Day, 24 March 2018, we spoke with him again. Listen to Paul and learn more about TB and Daru Island.